In stock
SKU #
742505
MFG #
000-14012-001
$99.99
Save Item Saved Add to Compare
Free Shipping This product qualifies for free shipping.
Does Not Ship To:
HI,AK
WARNING: This product can expose you to chemicals including lead or lead compounds, which are known to the State of California to cause cancer and birth defects or other reproductive harm. For more information regarding Prop 65, visit www.P65Warnings.ca.gov
Calculate Estimated Shipping
Skip to the end of the images gallery 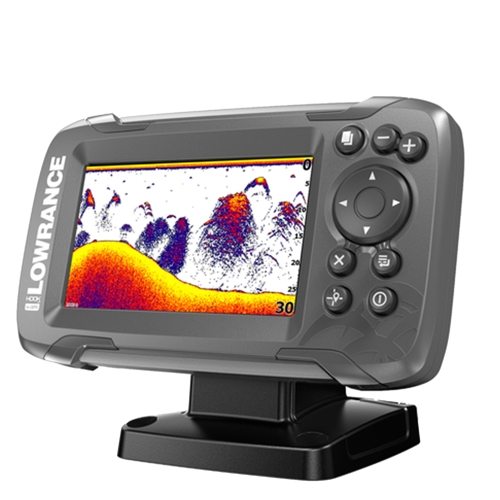 The world’s easiest fish finder, HOOK² 4x Bullet helps you have a more enjoyable day on the water by removing the hassle of making adjustments with a simple menu layout, easy access to key features and game-changing Lowrance® Autotuning sonar.

You will be free to focus on fishing with Autotuning sonar, a new feature that actively adjusts sonar settings as fishing conditions change. You just fish and let HOOK² do the rest.