In stock
SKU #
60810020
MFG #
8570
$25.99
Save Item Saved Add to Compare
Does Not Ship To:
CA,HI,AK
WARNING: This product can expose you to chemicals including lead or lead compounds, which are known to the State of California to cause cancer and birth defects or other reproductive harm. For more information regarding Prop 65, visit www.P65Warnings.ca.gov
Calculate Estimated Shipping
Skip to the end of the images gallery 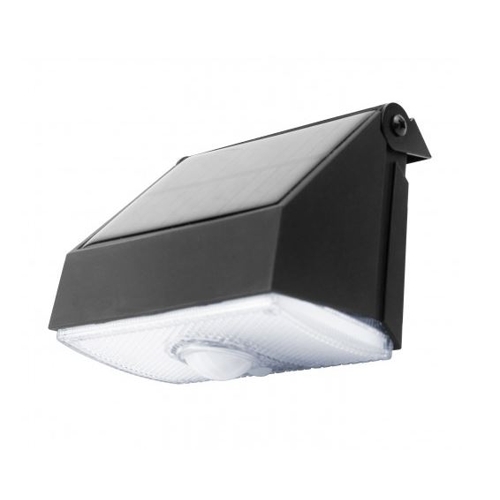 Although the light is compact in size, it is able to produce up to 1000 lumens of light wherever you need it yet only take up a small amount of space. Its size is perfect between railing slats, along a wall, on a roof’s eve, under hand railing, or other areas where you wouldn’t want a large, unsightly light.

Once you have powered on the light, there is nothing else that you need to do; the light turns itself on at night, and automatically turns itself off and recharges during the day.

There are 3 available lighting modes that are accessed with a simple press of the power button. When pressed, a green LED light alerts you as to which mode the wall light is currently in.

Adjustable With the attached bracket, it is easy to find the optimal angle for the light. You can mount it at any angle from 0° to 45° on nearly any surface with the included hardware.

Another fun idea for the 1000 Lumen Solar Micro Wall LED Light is to use it in temporary locations: while camping, RVing, backyard parties, or for those late night games that go well into the evening. Its small size lends to its portable nature and the ability to take it with you where you need it.